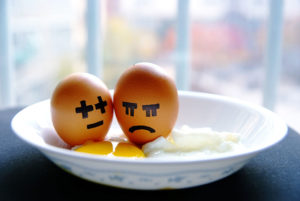 A weight off my mind

What is the percentage of our love? Who would even want to try and measure it? People do though, people can’t help it, and the more I think about it the more I seem to realise that the system they have in place to measure it, doesn’t fit.

Let’s try to Balance the scales

We are so used to statistics, we’ve been taught to divide, subtract, add and evaluate through measurement. We see things as building blocks, a person is made up of biological stuff, stacked, crammed, jostled, rammed and packed to resemble something that mathematics actually struggles to answer. Science, including mathematics (as its bitch), has at least done a reasonable job I suppose, but it has neglected mind, hasn’t it? I mean, isn’t that why the shit has really hit the fan in this modern world.

Science has yet to describe the mind

And I’m sure that’s not the first time you’ve heard that? However, science has yet to describe many things that we seem to measure every day. Love for instance, hate, anger…the emotions.

How can science measure emotion?

It can’t. If it could, science would be “mind” itself. Sure it can measure how angry someone is in comparison to when their anger was last measured in an MRI, but that’s not describing anything or measuring it; it is only ever a comparison at best.

There is nothing better to measure emotion with than a human. We feel it all the time whereas machines really struggle, we talk about it all of the time and yet struggle to have machine describe it for us. If this is so, then why is it we continue to use our modern science-trained minds to describe emotion, almost unwittingly using science’s method of measurement.

To what percentage can you ascribe love or hate in a person?

We often say, “I feel full to the brim” or “I’ve had it up to here” we find ourselves describing others too, like “he’s mostly a good person” or “she’s lovely but she has a dark side.” Hang on! Aren’t these all scientific measurements? Aren’t we just seeing half full or half empty cups, pie charts and grains of sand, are we really describing ourselves and other people as a failed measurement of emotion when we should be feeling the whole, all of them at once, that which makes the person?

And that’s not possible in science

Humans are more than science can describe at present (the closest it comes, I think, is the unproven many universes theory). I say that because maybe science will, in the end, describe a human, possibly explain the reason for human. I doubt that it’ll ever reach the pinnacle of just knowing though, because science will always have to calculate, work it out, break it down and the second it does know, science would be done investigating. In the meantime, us humans just know what a human is, because we are one.

Science can best describe a person in many ways but not yet in a measurement that fits its current model. A human has a light and dark side, this we know, almost understand, yet like a flat piece of paper, those sides are missing a dimension, the bit that helps to define human. Balance comes to the rescue.

With balance included, we now have Light, dark and balance, a three-dimensional emotional whole that seems to fit the model, and yet the second someone suggests that a person is:  33.3%Dark, 33.3% light and the remainder balance then they’ve already missed the point, because:

and everything in between all at once.

Until science can describe these phenomena then we are, for now, best off feeling our way to understanding each other. This includes recognising that, although we struggle to understand others actions sometimes we will do ourselves no favour in describing someone as selfish or hateful or sad or angry. Each of us is only expressing in a torrent of outpour from living a very indescribable existence that we call “consciously alive”.

Is it not true that we are all of these things at once? and at times struggle to be an unachievable and nonsensical 100% balanced.

I write on subjects that intrigue me. They either speak to mental health, physical health, writing or my pet project - The Twenty-first Tribe.

Who Put the I in Responsibility
Our Trashed Environment